The Ties That Bind

by Morass Of Molasses 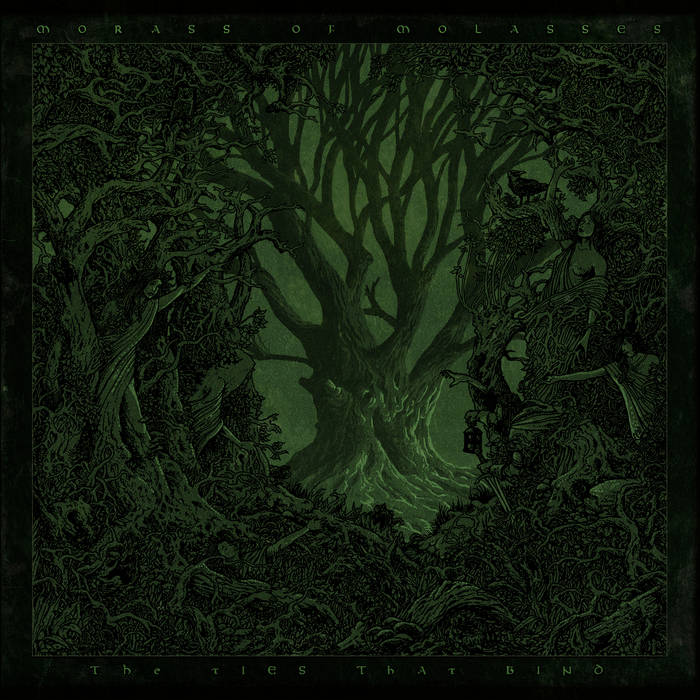 Paul Schwarz It's really staggering what a tight band, who don't limit themselves when stitching together an LP represemtation of what I'd wager is a #hotnheavy live assault, can achieve in today's "studios". First I've heard of this band: what a find! Thank you Wasted State/BB for waving this under my nose while I soaked in _LTA_'s cover... Favorite track: Woe Betide.

cptnhouseplant Telling tales of self reflection and realization Morass of Molasses says what we all know but don't want to hear. Defiantly a table worth turning! www.youtube.com/watch?v=Po6xPCZQBd0

Crinklechips Makes me proud to be English! These guys rock hard whilst displaying a musical depth that is so satisfying.

‘At times like a calorific version of Clutch, at others as heavy as Electric Wizard riding an elephant’ Kerrang

‘An unstoppable force, taking the audience on a journey and able to uplift and perplex in equal measure’ The Sludgelord

‘Keeping you on the edge of your seat, unsure what’s going to happen next. Taking the listener on a musical rollercoaster you’ll want to ride again and again’ The Doom Charts

‘With a firm sense of the earth under them, Morass of Molasses feel like they’re coming into their own here, and one hopes that’s precisely the case.’ The Obelisk

‘An absolute must for your ear-holes. For myself, this record has everything I could ask for. Killer hooks, gnarly riffs, tasty grooves, along some gorgeous instrumentals’ The Squealing Hog

‘A tantalising kaleidoscope of textures and imagination as heavy and ravenous as an avalanche, as melodically syrupy as the outcome of the event which inspired the band’s name’ Ring Master Review

'Bowel shattering riffs and fuzzed up bass distorting the lower end. Heavy stoner rock at its most filthy' Musipedia Of Metal

'Plenty of hard riffage and fuzzed up anthems to enjoy. But there’s also a surprisingly large amount of tripped out melodic sprawls' UberRock

'A considerable hard rocking entity, but one that’s also capable of nuance and measure. As such, I heartily recommend that you check this album out' Wonderbox Metal

‘Morass of Molasses could become a significant name in the international heavy rock scene.’ Metal.it

‘An enthralling listen from start to finish. There’s a lot of change of pace and mood so it never gets boring or repetitive. It’s clear the Morass Of Molasses has put a lot of thought and effort in this album. And it really pays off’ - Orange Maze

‘It is masterfully produced and mastered and yet has this fuzziness. It sounds intentional and adds charm to the album.’ The Independent Voice

Like a thick stew, rich with blues, heavy on entry and mellow in aftertaste.

A recipe born of tradition, with many a familiar ingredient. Chunky, Hearty and satisfying.

Bandcamp Daily  your guide to the world of Bandcamp

Featured sounds from Fly Lo and Ahmed Idris, plus Mother Nature hops on to drop off new project